The Originals © by Arnold Rypens - ALL OR NOTHING AT ALL

"All or Nothing at All" is a song composed in 1939 by Arthur Altman, with lyrics by Jack Lawrence.
Frank Sinatra's 1939 recording of the song became a huge hit in 1943, when it was reissued by Columbia Records during the 1942-43 musicians' strike. The record peaked in the Billboard top two. 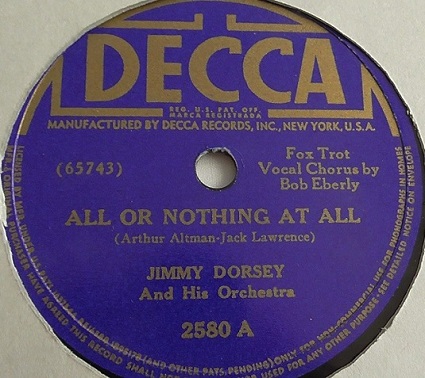 Bob Eberly supplied the vocals. Pictured below is the sheet-music. 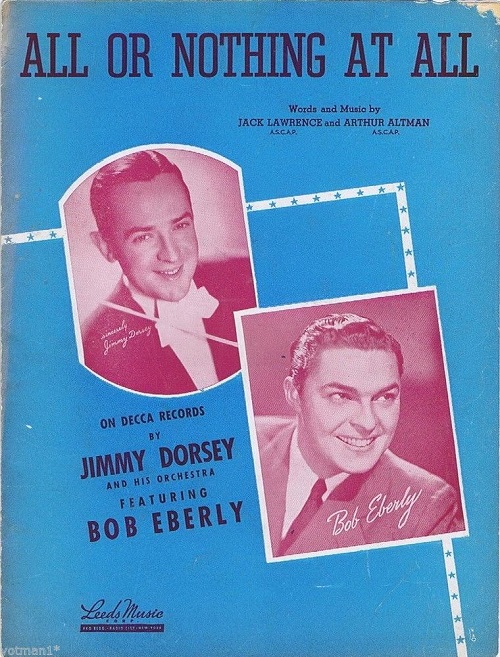 
Also covered by Billie Holiday in 1959

Billie Holiday - All Or Nothing At All (Vinyl, LP) at Discogs

In 2016 Bob Dylan also covered this song on his album "Fallen Angels".

Labels: All or nothing at all (1939)
Nieuwere posts Homepage
Abonneren op: Posts (Atom)